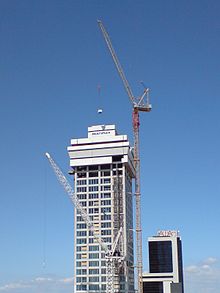 If someone were to ask you to name the best car, what would you say?

The point is that there is no universal “best” in the world of cars. Some people value certain aspects more than others.

And like cars, there is no universal best in the world of windows. Windows have key aspects that many homeowners overlook but that could make or break whether your windows are the right combination of looks, comfort, and price. These include U-factor, solar heat gain coefficient, visible transmittance, air leakage, and condensation resistance factor. Each is assigned a standardized value that manufacturers will list.

U-Factor: The U-factor, also called “overall heat transfer coefficient,” defines whether the windows trap in heat or let it leak outside. In other words, the U-factor defines how well the window insulates. It usually ranges between 0.2 and 1.2 with a lower number meaning better insulation.

A low U-factor is key in cold climates where insulating against heat loss can mean the difference between countless dollars in energy bills. It’s less important in moderate and warm climates, but can still lead to a reduction in heating bills to balance out the higher cost of the window.

Solar Heat Gain Coefficient: Solar heat gain coefficient defines whether your windows deflect heat from the sun or let it bleed through. Values range between 0 and 1, with a lower number meaning the window is better at blocking out the sun’s rays.

A low solar heat gain coefficient is key in hot climates where a solid shield against the sun’s rays can lead to some extra time with the air conditioning left off.

Air Leakage: Air leakage defines how well air slips through your windows. Air leakage is usually measured between.1 and.3 with the lower number meaning the window protects better against air leakage. In windy areas, a low air leakage ratio is the best way to avoid having windows that howl with a banshee during peak winds.

These five qualities should be the driving force behind your decision of which windows to buy, emphasizing which qualities matter most to you. Of course, there’s one other quality that may trump all of these that has no official scale: appearance. Make sure to buy a window with the looks you love.