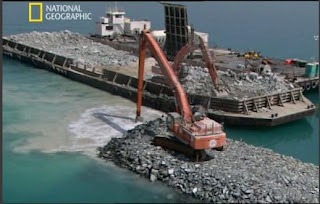 A few months ago my wife and I made the decision to replace the windows in our 20 year old house.

It was time. The windows were starting to leak, several had cracks, and we knew that the windows were providing poor insulation increasing the cost of our heating and cooling bills.

We decided to bite the bullet and begin the process of finding a window replacement contractor.

Before outlining the steps that we went through, we first decided what criteria were important to us. In our case our budget was limited and we knew that neither of us had the time or skills to install the windows ourselves. We decided that cost, durability (quality), and insulation were our most important criteria.

Once that was decided here are the steps that we followed:

1. We started driving our neighborhood looking for homes that recently had their windows replaced. This was easy, especially in older neighborhoods, when it is clear that the windows are newer than the remainder of the construction. We were the nosy neighbors. We knocked on doors and asked about their window replacement experience. We ask questions such as who they used, how much they cost, and whether they would use the same contractor again. Basically, we wanted to know how happy they were with their window replacement experience. We kept notes of the contractors and the cost per window. We also kept notes on whether our neighbor had decided to use vinyl or some other replacement material.

2. We next attended the local home improvement exposition. We had seen them advertised occasionally in our newspaper. They seem to be held every six months or so. Also, they are often part of the local county or state fair. Many window replacement contractors will have booths at these exhibits with experienced sales staff to talk to you about your needs. They will have you fill out a form so that one of their sales representatives can come out to your home to take measurements and give you an estimate. We arranged to have five different contractors come for home to give us estimates. We felt that this would give us a wide range of options and give us a true representation as to the actual costs.

3. Lastly, we made note of the discrepancies in the different bids that we received. We noticed that one bid was much higher than the others and we also noticed that one bid was much lower than the others. We questioned why. In one case it was because they were placing our higher cost per installation then all of the other contractors. In another case it was because they were choosing a lower quality window style in their bid. We decided to go with the second from the least expensive bid. We chose them not only because of the cost but also because they had done one of our neighbors houses and they were happy with the job. It was also important that the contractor was using a high-quality replacement window and also stood by a one year warranty for any problems in the installation. As it turns out one of the windows ended up cracking which meant that they had to replace it. They stood by their warranty.

We are very happy with the results of our decision. Not only does our house look much more modern, we are experiencing lower heating and cooling bills because of the added insulation that the windows provide. We decided to go with vinyl replacement windows that merely sit within the frame of the existing window the replacement is covered up by a vinyl trim that makes it look like the window was freshly installed.

I highly recommend placing the replacement of your windows as a priority in your home improvement projects. I hope this article will help in your hunt.